By 2050, by weight, there will be more plastic than fish in the sea.

Just take a look at this infographic provided by the Ellen MacArthur Foundation: 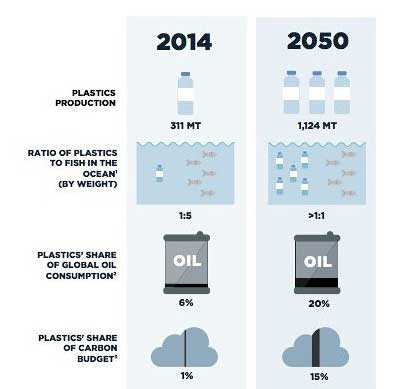 So How Did We Get Here?

The Industrial Age gave us benefits. Life-changing ones. It’s part of the reason why you’re able to read this now.

But there have been consequences. And we’re still learning what they are today. The principal consequence has been pollution.

Did you know 80% of marine pollution comes from land-based activities?

(Check out this infographic below by Conserve Energy Future)

How does the ocean get polluted? Let’s take a look at the different marine pollution sources.

We’ve all seen the nasty pictures from oil spills.

They’re devastating towards marine life. Remember the BP oil spill in the Gulf of Mexico?

Here are the lives that were injured or killed by it:

Oil spills are only responsible for 12% of the oil entering the sea.  More than twice that much comes from cities and industries.

How? Through waste runoff. (more on that later)

There has been a surge in seaweed production lately. This is due to a process called “eutrophication”.

It sounds complicated, but it really isn’t. 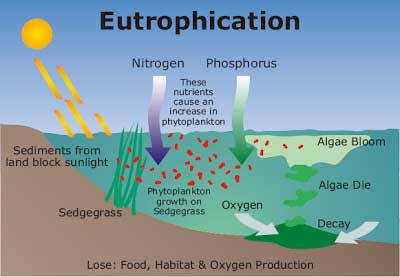 Take a look at the infographic above.

What does it show?

Where does it come from?

Why does this matter?

Because it causes excess phytoplankton growth. Before you know it, there’s a thick layer of seaweed growing on top. So much so, sunlight and oxygen cannot enter past it.

Life in the sea still requires sunlight and oxygen. Therefore, these areas become what are known as “dead zones”.

It may sound crazy now. But there was a time where the ocean was considered a dumpster.

Scientists thought it was large enough that we could throw anything into it safely. We’re talking pesticides, chemical weapons, and even radioactive waste. Yikes.

Thankfully, that begun to change in the 1970’s.

However, we’re still feeling the effects.

Today, almost every marine organism is contaminated with man-made chemicals.

This creates sulfide deposits. The result? Increased toxicity in the region. 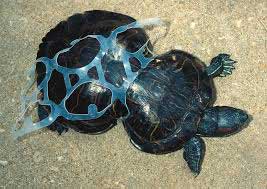 I know, I know. That’s difficult to look at. Painful even.

But you know what? The truth hurts. Our lifestyles have led to this point. We have to acknowledge this. It’s the only way to move forward and correct our actions.

The best way to do that? Take a look at the damage being done.

As we discussed above, oil-spills, city runoff, eutrophication and pollution are killing marine life in large numbers.

But get this. It’s even changing their reproductive systems. So if they are somehow able to survive the pollution, their offspring won’t.

But the ripple of damage goes even further.

You may have heard. Coral reefs are dying at an alarming rate. The truth?

We’ve already lost 27% of the planet’s coral reefs. Scientists estimate, if we continue on this path, that figure will double in 30 years.

Despite only covering 1% of the ocean, coral reefs are home to over 25% of marine fish species.

How do coral reefs die?

It’s simple. Coral reefs live in tandem with algae. However, when that algae leaves the coral (due to all the reasons we listed above, pollution, runoff, eutrophication, etc), the coral becomes “bleached”.

Once bleached, it’s only a matter of time before it contracts a disease and dies.

Learn more with this great infographic provided by NOAA:

We should care about the ocean’s health. It’s where we get 70% of our oxygen. 97% of our water supply. It even absorbs 30% of our carbon emissions.

Need more proof we should care more about the ocean’s health? 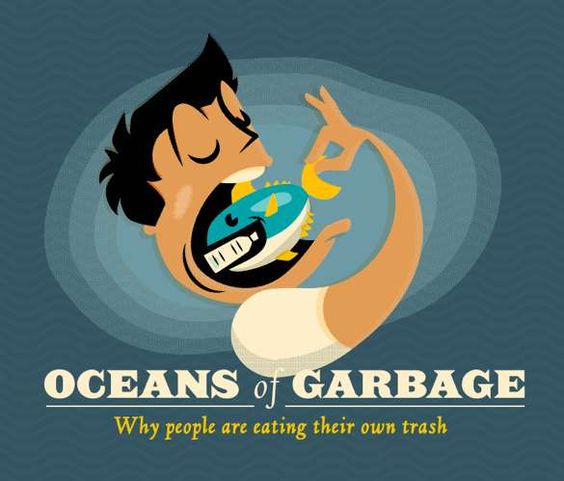 Listen to this. Marine pollution can cause…

Great. Now that I have your attention…let’s start talking solutions.

What Can You Do To Help Stop Marine Pollution?

You can start by sharing this article on Facebook with your friends. Remember, what famed educator John Dewey once famously said: “a problem well-defined, is half-solved”.

In other words…we can’t solve what we don’t know is wrong.

The ocean’s health—and therefore the planet’s health—depends on it. 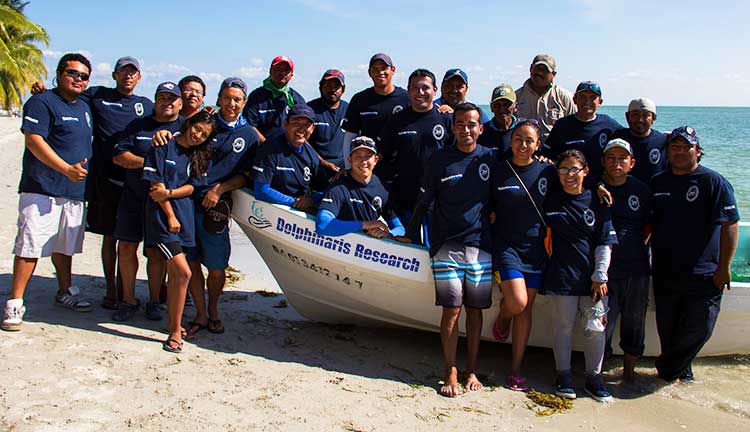 This part’s easy. Support an organization like Dolphinaris that gives a portion of every sale towards protecting the ocean and its inhabitants.

In fact, Dolphinaris does even more than that.

So that’s our guide on How Marine Pollution Affects Sea Life. Please do us (and more importantly the ocean) a favor and share this article on Facebook. Thank you so much!

For further reading on this subject, consider these great sources below!

MICE tourism in the Riviera Maya
When is the best time to travel to Mexico?
You can live the magic, too!
Friendly and fun, dolphins facts will amaze you